Blogger: how to upload MP3 files to play in blog posts

This post explains how to effectively upload music MP3s and other audio files via Blogger so that people can play them from your blog post. This trick makes use of Blogger's new video uploading feature, currently still in beta.

However, Blogger still don't allow users to upload audio files like MP3s. So, my suggested workaround to add audio files is this (sounds like a recipe doesn't it, though no scissors are involved!):
Here's an example of a combined video I made earlier:

I only have Windows XP, so these instructions are for XP only. However, Apple Mac users will be able to do what I've outlined above (in fact it's probably even easier for them) using something like iMovie.

How to convert MP3 plus picture to a video (Windows XP)

You need to have on your PC:

Here's a step by step. Later in this post I've included a video which goes through the steps to illustrate them in practice.

And here's a video showing how to make the video I've posted above, just to be meta / recursive. Ironically the under 5 MB version I made of it still wouldn't upload to Blogger in Draft (see my previous post about the bugs), so I gave up and put it on YouTube:

A few things to be aware of: 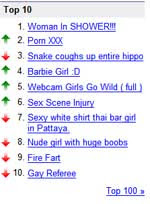 Thank you so much for the information on using windows movie maker to add mp3 files to a blog. Your instructions were great!

And thanks for your feedback Jo, glad to have helped!

Thanks; this was hugely helpful!

One of the most useful, concise and informative posts I've read this year. Thanks

Thank you very much.

What I written above is 'Thanks, very valuable post'
Its a regional language in India. Its name is MALAYALAM

What can I say, except thank you very much for such a well written and helpful article. Fantastic!

thank you so much for your help!

Thank you all for taking the trouble to provide feedback, I really appreciate your comments and am very pleased that my post was helpful to you.

I had been unsuccessfully looking for the trick for a long time.
Oh happiness to find it finally !
A thousand thanks from France for your clear and complete help !

thank you very much!

is it still no way to download just mp3?

Man... This is the Coolest thing to do, you help me a lot.
You saved me of doing many things to do, and still yet more neatly to represent the mp3 or way file that I have.
You are very very good.

Thank you so much.

Thanks a lot. You have explained it very well. Could do it in one try itself.

Great tutorial - exactly what I needed to post an mp3 interview up on my site. Thank you.

Thanks for your help!

What a great tutorial.. thanks =)

it's very complicated, though

any idea on how to make it auto play?

Thank you so much.

Thanks this was a great idea!

Thanks for the tips!

Thank you very much, has been a great help!

Thank you SO MUCH! Wow, this really helped.

Great tutorial, I could never figure out why it was so difficult to put audio up on the web since it's less advance than video! a reminder to all to record in a location where your sound will be the best possible! I've watched and listened to so many recordings made in hollow-sounding rooms and windy places.

it was good guidance. to the point precise and right.

Dude thanks so much!!!

Oh my gosh, thank you so much, I've been looking forever!

So simple and so smart. Thanks!

Your right about the time it takes to upload ...absolutely aggggggeseessss.... and then some

Thank you so much for this helpful post. Much appreciated.

I have a question. When my husband and I tried this it substancially hurt the quality of the song. Do you know why that is, or how to avoid it?
Still great information.

Thank you so much...Could use this to post a video on my blog that I created out of an MP3 I had to post...

I SO appreciate your concise instructions. It works! However, my 3 minute and 11 second song will only play 1 minute and 52 seconds. How to fix this? Thanks!

My 37-minute podcast won't even go down to anything below 30 MB! Thanks for the help anyway. I guess it only works for songs.

THanks SOOO much for your help!!