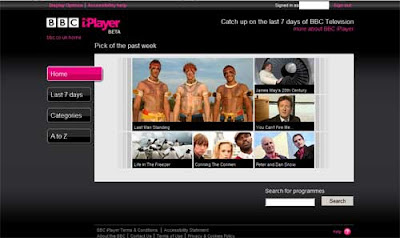 To take part in the BBC iPlayer public beta trial, which as previously mentioned launches today (in fact last night), sign up here (but check the system requirements first).

It's an open public trial now but I gather places are still limited, so sign up quick if you're interested.

To check out a YouTube video of the iPlayer software in action, see below.

What's the iPlayer trial about anyway?

The trial of iPlayer that starts today involves free downloading of BBC TV programmes for 7 days after broadcast (7-day catchup TV), to your Windows XP PC - actually it could be as long as 44 days, see my previous post. It's only open to UK residents.

It's not Mac or Vista compatible yet. Other components of the full "iPlayer" won't be available until later in 2007 (see my previous post), e.g. "series stacking" where you can download all back episodes of a series from the start until 7 days after the last episode, even if it's been more than 7 days after the first episode; downloading of radio programmes in MP3 by anyone anywhere without restrictions (non-DRM podcasts - we face a longer wait for those); and simulcast or streaming of TV programmes live over the Net while they're being broadcast (again we'll have to wait).

I was involved in the 2005-2006 trials of iPlayer's predecessor BBC iMP (aka myBBCPlayer), and in the limited system trials for iPlayer earlier in 2007. The links:

I could provide the download link for the iPlayer program but it won't do you any good. You can't just download the BBC iPlayer software (which they call the BBC iPlayer Library) - you have to register to be considered for the trial, and only if you're accepted will the BBC send you login / password details to allow you to download the program and access the restricted pages on the iPlayer website (obviously if you tick "Remember my password" that'll save you time in future, and of course I've blanked out my username and password): 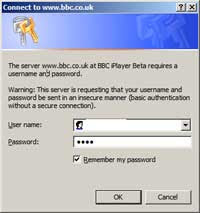 Also, a slight pain this, you have to register yourself separately on the BBC website for a bbc.co.uk membership and sign in for that again after the first login. Yes, that's two separate logins. I assume that when iPlayer is fully launched publicly, they'll get rid of the first login.

Video of iPlayer in action

Here's a YouTube video of a screencast demo I did which walks through the current version of iPlayer (version 1.2.2038 now, it prompted me to upgrade last night). The picture in the mini-player doesn't show up on the recording or screenshot for some reason, but it's fine live. The quality's not fabulous so there are screenshots further below (and yes the BBC have given me permission to put these up), just click to play as usual:


(Credits: CamStudio 2.00 for the screen recording, thanks Nick the Geek!, and for compressing the AVI video file Windows Movie Maker. All open source or free.)

Here are a few screenshots to get yer juices going, all tasty pink & black. There's a better walkthrough demo in my video above, but these screenshots are much easier to see. 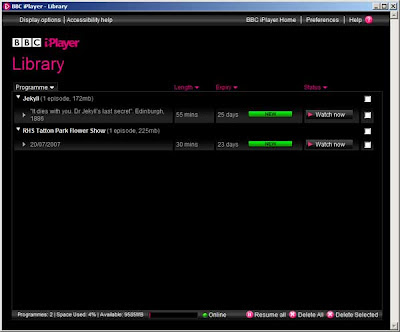 When you click to play, this mini window comes up first. For some reason the video doesn't show up in the screenshot but it's there: 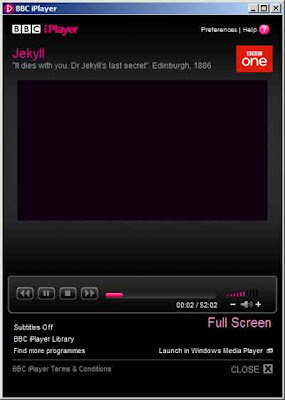 You can click to view in Full Screen, or launch it in Windows Media Player, but I'm not including any pics as again the image on the screen isn't visible in the screenshot. 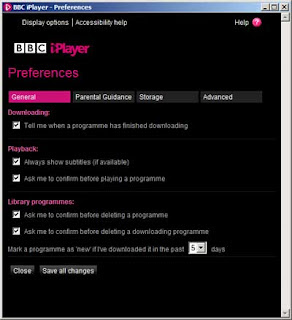 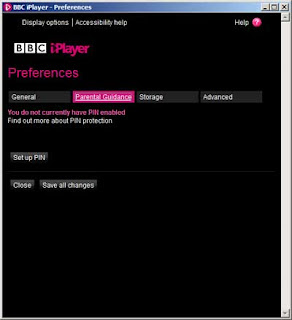 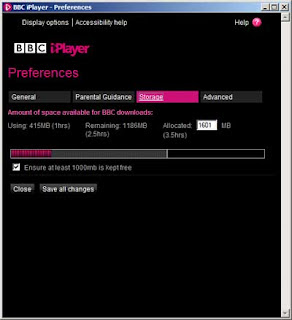 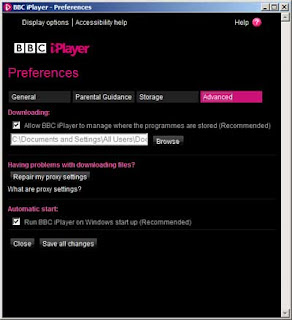 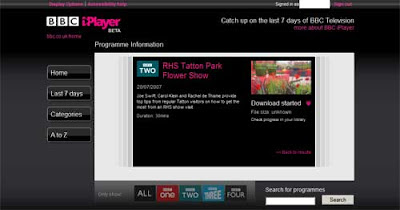 In the iPlayer Library software on your PC, it'll show the download progress: 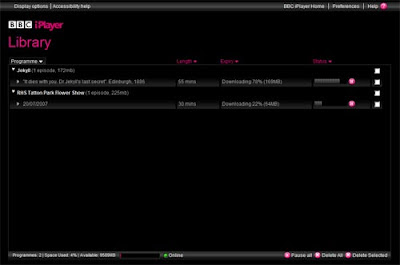 This shows up on your computer when the download is done, you can see watched programmes are marked with a green bar labelled NEW (for a demo of playing downloaded TV programmes, see the video above): 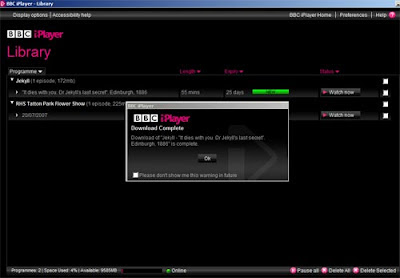 As you can see the software download is one thing, but the website is another - you have to go to the iPlayer website and look for programmes to download, then choose to download from there; unfortunately you can't do that from your BBC iPlayer Library software (but you could with iMP). Once downloaded, you can play it using the iPlayer Library.Time and bandwidth. It takes me about 1 hour to download a half hour programme, more for a longer one. It's a pity that no booking of downloads was allowed by the BBC Trust, but that's for another post. Be warned, even though iPlayer uses peer to peer filesharing via Kon Tiki it'll really eat up bandwidth.

Registry. If you have Spybot or the like, you need to allow the changes to your registry made by the Kon Tiki software which provides the download manager component (yes, confusing I know, it's not called iPlayer!): 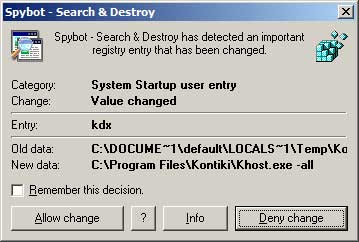 Also you should let it start up automatically with Windows.

Firewall. If you have a firewall (and no one in their right minds doesn't these days), you need to let kHost.exe and kService.exe through - the former is called, confusingly, Delivery Manager:

Problems? Uninstall. Be prepared for having to uninstall and reinstall the Library several times if you get problems, as that seems the only way to fix it (for me anyway). Luckily in Add or Remove programs (via Control Panel) it is called "BBC iPlayer Library".

There is a help page but you can only access it if you're accepted for the trial and have logged in. However, now see the resources below.

I have a number of thoughts and comments on iPlayer generally and the controversy that has surrounded it, but I shall leave those to another post!

(Minor updates on 28 July to add further info and credits for the screencast.)

Interesting review, and a lot more detail than any of the mainstream media whet into - nice one!

Personally I think putting TV content online is a great idea, but who wants yet another DRM infested player? The BBC should be working with others towards open online TV standards, not cosying up to Microsoft and embracing their proprietary technology. Imagine if the first TV signals had only been visible on one brand of TV?

I had a bit of a rant about this on my own blog if anyone is interested http://www.grantgibson.co.uk/blog/index.php/2007/07/27/why-bbc-iplayer/

Thanks for your comment Grant, I'm glad the detail was helpful.

Thanks too for your pointer to your rant, interesting reading!

I do have thoughts on the subject but that's for a separate post, look forward to discussing the issues more with you.

I have an issue with KService.exe - It just seems to be stuck on the 'Starting' status in the list of windows services.

I've tried a complete uninstall and remove entries (carefully) from the registry, but after I install, launching the khost.exe/kservice.exe results in the same 'frozen' status.

Any one else had this problem?