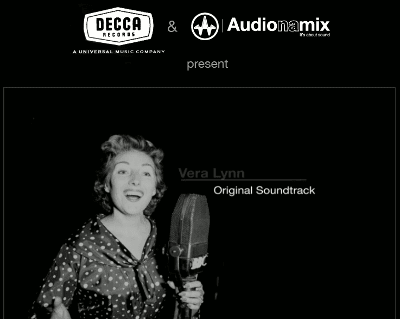 "clean up and re-master the voice track into a high definition stereo component. This was seamlessly integrated with the new orchestration and the contemporary Fron Male Voice Choir. The whole project was completed within a week…

Audionamix has previously worked on movie soundtracks, such as the Oscar winning The Passionate Life of Edith Piaf. On this project, the film makers wanted to use the original sound recording of Edith Piaf singing. Audionamix separated out the voice tracks while conserving all the original elements in order to remix these into the 5.1 surround sound technology of the film."

You can hear a couple of lines from the original track, then just the isolated vocal of the same lines, then the remixed re-orchestrated version of those lines, on the Audionamix site: click here or click on the pic above.